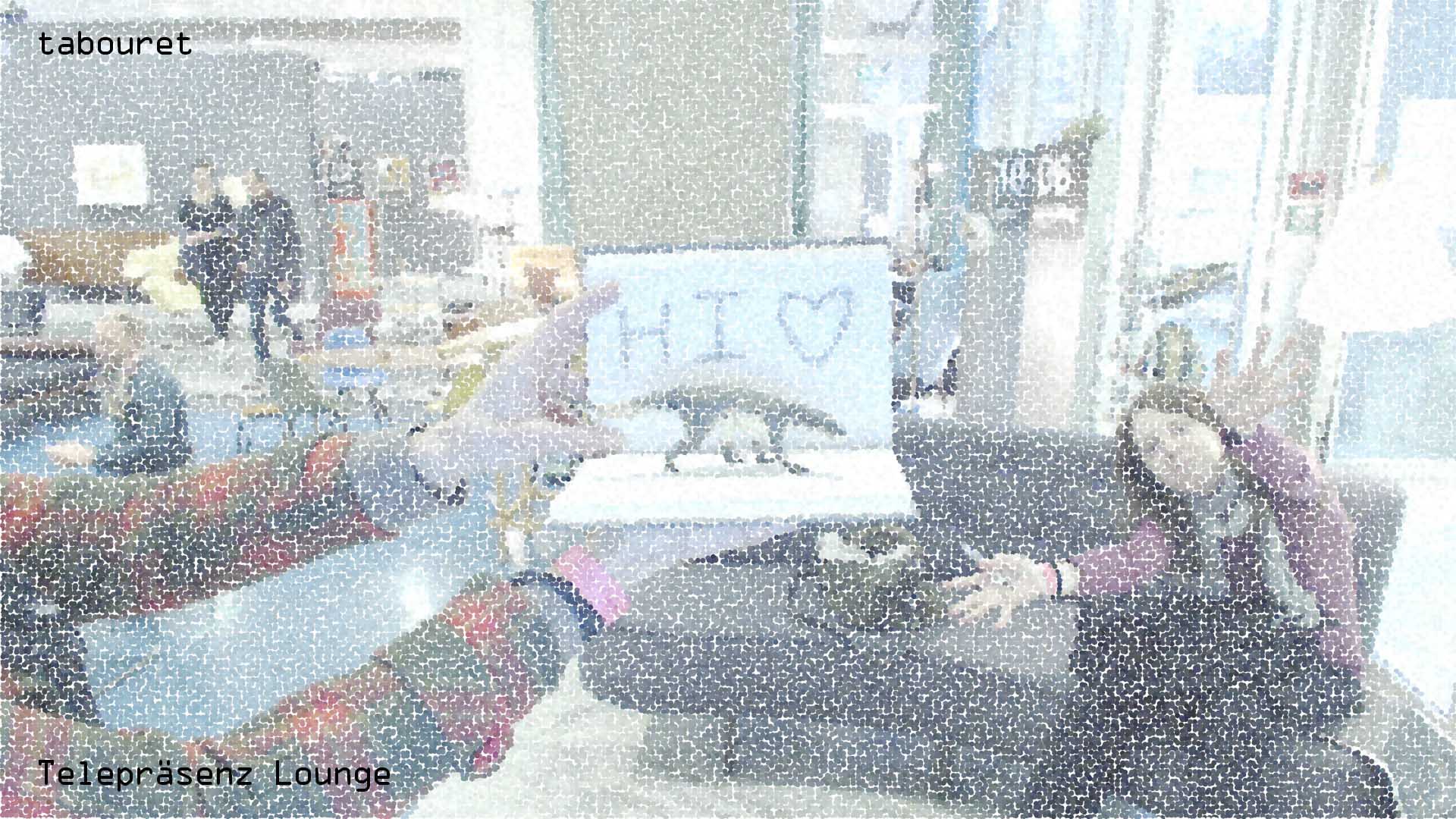 The Audience is the Artwork.

People have a different relationship to art once they have become a part of the piece. By integrating the audience into the artwork, line_code synthesizes social interaction.  These nodes can be strangers “meeting” for the first time as in the case of the Telepräsenz Lounge; or new social circles may be established, by redividing the population of a small village, as in the case of Erna’s Rückkehr.  In both cases a new social form is created and synthesized, where the audience is the main ingredient; – transcending the technology and finding joy in their own social and artistic participation.

The Artwork is the Audience.

You as the audience looking at you as the artwork. Your image onscreen in counterpoint with others you may or may not know… an interaction out of real-time.  There are multiple layers of time involved: you sit in the gallery chatting with your neighbor, but you are also on stage: you are a part of something bigger than yourself.  You communicate with the others in the piece and you form a new social layer.

Social Synthesis as an art form was first presented in 2008 in the SOCIAL_SYNTHESIZER_Prototype, premiered as a part of the “Banquet: Nodes and Networks” Exhibition (La Laboral, Gijon Spain 2008; ZKM, Karlsruhe Germany 2009). The piece was a created in response to the over-emphasis of social- based content on the world wide web.

A recent interview by Eryk Salvaggio, nextrends, explains our approach in its current form:

WHAT DO YOU DO?

We are media artists; we invent, create, synthesize and inspire.

CREATE-ing media art with sociological or political themes, our installations and performances aim to promote awareness, engage communication, and facilitate dialogue in a society which is, through increasing digitization and globalization, drifting dangerously close to a tipping point.

SYNTHESIZE-ing social networks, line_code (aka W3rkH0f media arts) creates art works by applying Social Synthesis. Social Synthesis can be explained as creating new social circles where they have yet to form organically (although perhaps should have). Inciting awareness of inherent commonalities between groups who would otherwise sail past one another in the darkness of their own filter-bubbles.

WHY DO YOU DO IT?

1) the innate goodness of people

2) the power of media technology to connect and instigate exchange

3) our role as artists to use media technology to instigate exchange amongst innately good people.