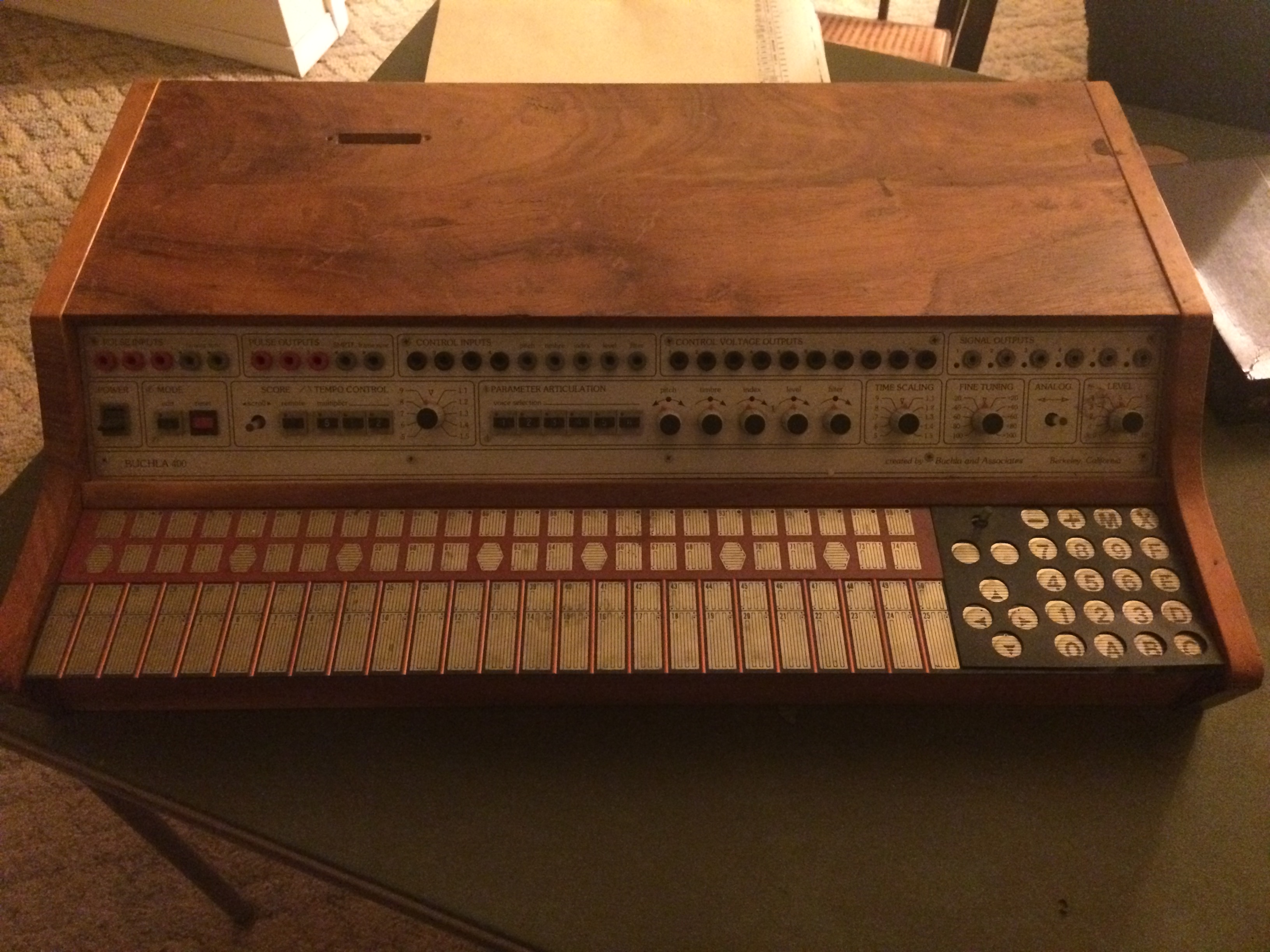 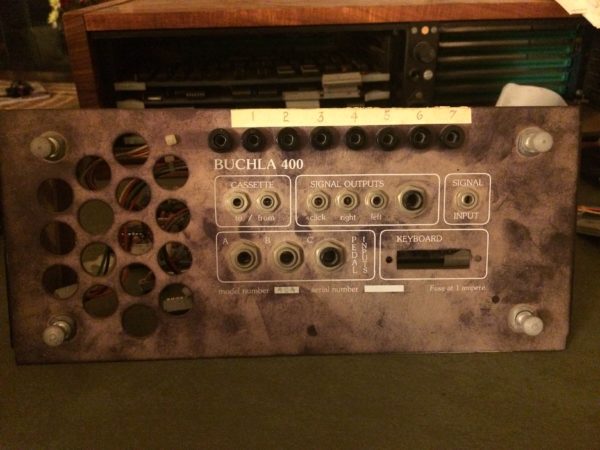 When Kent arrived in the Santa Clarita valley in 1994, CalArts was only just re-opening after the Northridge Quake.  The electronic music studios were declared a total loss and needed re-building.  David Rosenboom tasked Kent to work closely with Tom Erbe to reconstruct a modern digital recording studio and media arts laboratories.  In the six weeks before the fall semester Kent and Tom built up the 24 track digital recording studio in room b308.  Once the semester began and Morton Subotnick arrived back in southern California, he was so pleased that he presented Kent with his prototype Buchla 400 (along with a 5″ floppy drive and box of CP/M disks).

When Kent worked for David Rosenboom to establish the interactive media studios at the newly founded CEIAT (Center for Experiments in Art, Information, and Technology) at CalArts, he never dreamt he then would be gifted the original Buchla400 which Don Buchla himself used to prototype this inovative and unique first digitally controlled analog synthesizer. It didnt even contain a CPU and had to be accessed through the slot in the solid wood casing for a CP/M cable.

But what is really exciting, is that he was also given the handwritten development notes,.. and coincidentally just when we are looking at them today, they are from 1982, exactly!

Now there just needs to be found a way to bring it out of storage and have it all shipped to Europe. 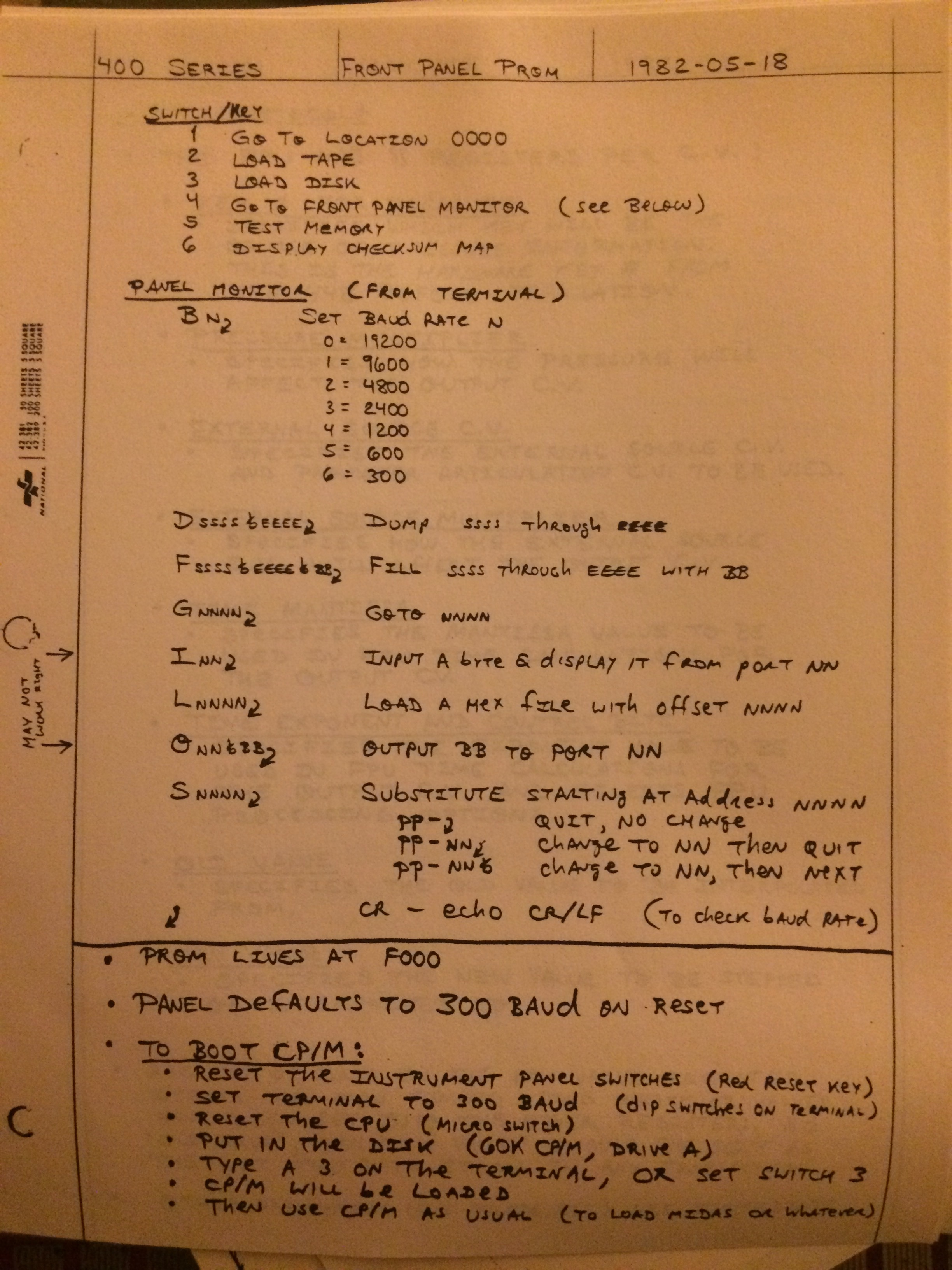