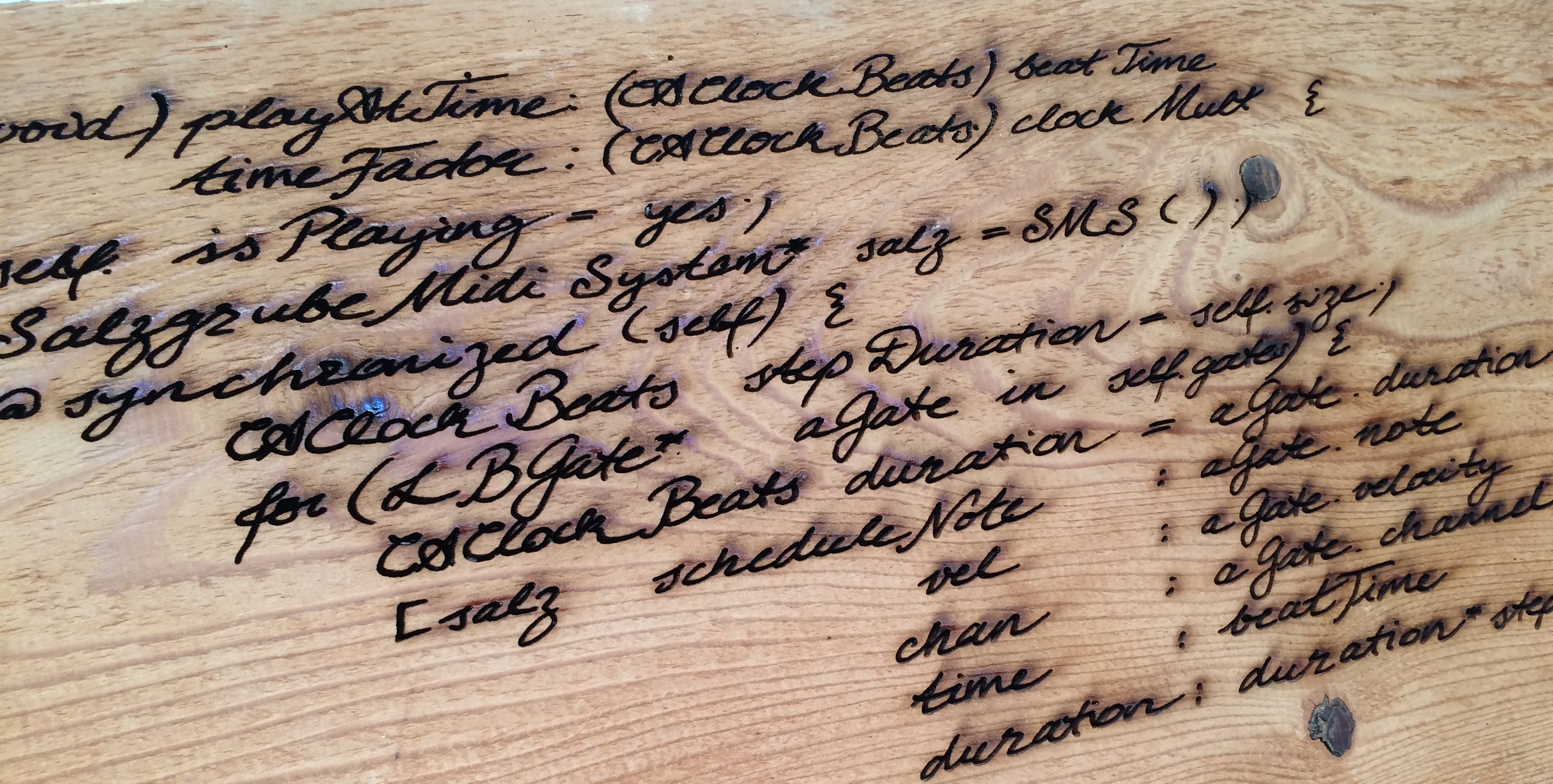 Finally a brief respite. jana° and I have spent all day yesterday (and all night) installing our work ‘Telepräsenz Lounge’ in Karl der Grosse (KdG). jana° is a member of the digital rights activist group ‘Digitale Gesellschaft’ whose conference we were invited to ‘decorate’ with our work. The event is called the ‘Winterkongress.’ Karl der Grosse is the venue: 4 stories of old-city traditional Zürich architecture, neighbouring the historic cathedral ‘Großmünster.’ A beautiful building with amazing rooms. Boring furniture, but amazing rooms. We had to import (beg / borrow / steal) interesting furniture for the installation, but that ended up working out in the end (not without jana° first having to phone all across the country in search of sofas which fit our aesthetic). The goal was to install two lounges inside the KdG, on two different floors of the building, providing weary conference-goers a brief (and entertaining) distraction from the talks, events, and committees.

We came prepared for any and all technical difficulties. Usually when installing the Telepräsenz Lounge the biggest challenge is network timing. Each of the lounges must be able to perform an up- & down- load transaction of a 1080p still image inside of a 50 second window. This doesn’t sound all that challenging, but this must happen regularly every minute the installation is running, without fail and without delay for 12 hours (720 transactions per day). We solved this problem by creating our own private WLAN network inside of KdG, which as luck would have it did not conflict with any of the already installed RF networks. At first we had trouble maintaining reliable connections between our routers, but with some clever placement, we managed to get the connectivity we needed and could call the installation a success before 2am. Which was good considering we had a sound check for our performance at 10am the following morning.

That was this morning. The sound check went well, but we are still quite wary of these wily conference organizers, the only thing we can do is prepare to be surprised by any last minute changes to the stage, projection, or lighting. But to hell with it, we’ve had enough. Now we are back in our AirBnB, a top floor apartment around the corner from the cathedral in a tiny little old-city alleyway, above a brothel. We are lying in bed with the windows open, daydreaming at the view of the cathedral and listening to the sounds of the old city drift up into fresh mid-winter swiss sky.

The concert tonight is in a venue called the “Helferei.” When jana° first proposed the idea to me I balked. I had no idea what the Helferei was. Once we visited the venue for the first time I was convinced. THIS was the place to perform terms&conditions for sure! sold.

So what is it, the Helferei, you might ask? well…

This is a place deeply rooted in Züri culture, née SWISS culture! A few hundred years ago, during the Reformation, there was a Swiss priest by the name of Huldrych Zwingli. He was the Swiss equivalent of Martin Luther, although in comparison Luther was a party animal… Zwingli’s protestantism (which is now one of the Swiss National religions) denoted sins of music, dancing, drinking, gambling, and just about anything else… the *only* thing Zwingli declared to be Holy was the earning of money (especially though earned interest). Which explains a lot about Swiss culture right there…

Basically Zwingli moulded Swiss culture into a country of Amish Bankers. Zwingli was the priest attached to the Großmünster, and as such he had an apartment directly next to the cathedral. The building his apartment was in is called the “Helferei.” Attached to the residential portion of the Helferei is a small chapel, big enough to hold about 150 people. This is the venue for our concert tonight. Huldrych Zwingli’s personal chapel. I will be performing from up in the pulpit. THE pulpit of Zwingli. Will I be struck down by lightning? Probably not: the players’ code of conduct is really very Christian in it’s morality, so from a contextual point of view I think I’m safe. Whether or not the venue is amenable to high decibel gabber music, that’s another question: we’ll find out in a few hours!

As I marvel at the sounds of the pigeons on our window sill, jana° muses that one rarely sees the towers of the cathedral from this angle. At that moment the belltower strikes 1pm. The echoes of the old bells ring through the tiny streets and alleys of Niederdorf momentarily drowning out the noise of the tourists below, as the pigeons take flight. “I know where I’ve seen this view before!” exclaims jana°. “A sketch! where though?…” I mumble a reply to the effect of “hmm. dunno.”

“Emmy Hennings, that’s where! I remember seeing a reproduction of her sketchbook as a youngster and being amazed by her sketches of the Großmünster. I had always wondered from where she had drawn them…” At this point I began a bit of online research and turned up the fact (or legend?) that Emmy Hennings and Hugo Ball lived briefly in a flat on the top floor above the Maxim club where they worked as members of the performance ensemble. “Umm, jana°… The bordell on the ground floor of this building is called ‘Maxim’… do you think that… “

Can it be?! Did we inadvertently rent via AirBnB the former flat of Emmy Hennings and Hugo Ball?! The chances that the Maxim club have moved address within this neighbourhood are very very small… which suggests that yes, this must be it! If so, this would be the very place that they cooked up the idea of the Cabaret Voltaire, or the “Literary Club Voltaire” as it was conceived. This would be the very place that Hugo Ball prepared his famous Bishops’ Costume and wrote the dada manifesto. And here I am, getting dressed for our gig in a few hours. I am dressing as a digital bishop, who will recite (as cantor) the players’ code of conduct for the game ‘Pokémon Go’ to the audience of conference attendees, pausing between each point of the code to await jana°s enforcement that the audience agrees to the point. Digital Dadaists, we…  jolifanto bambla ô falli bambla.

here is the recording of the performance: