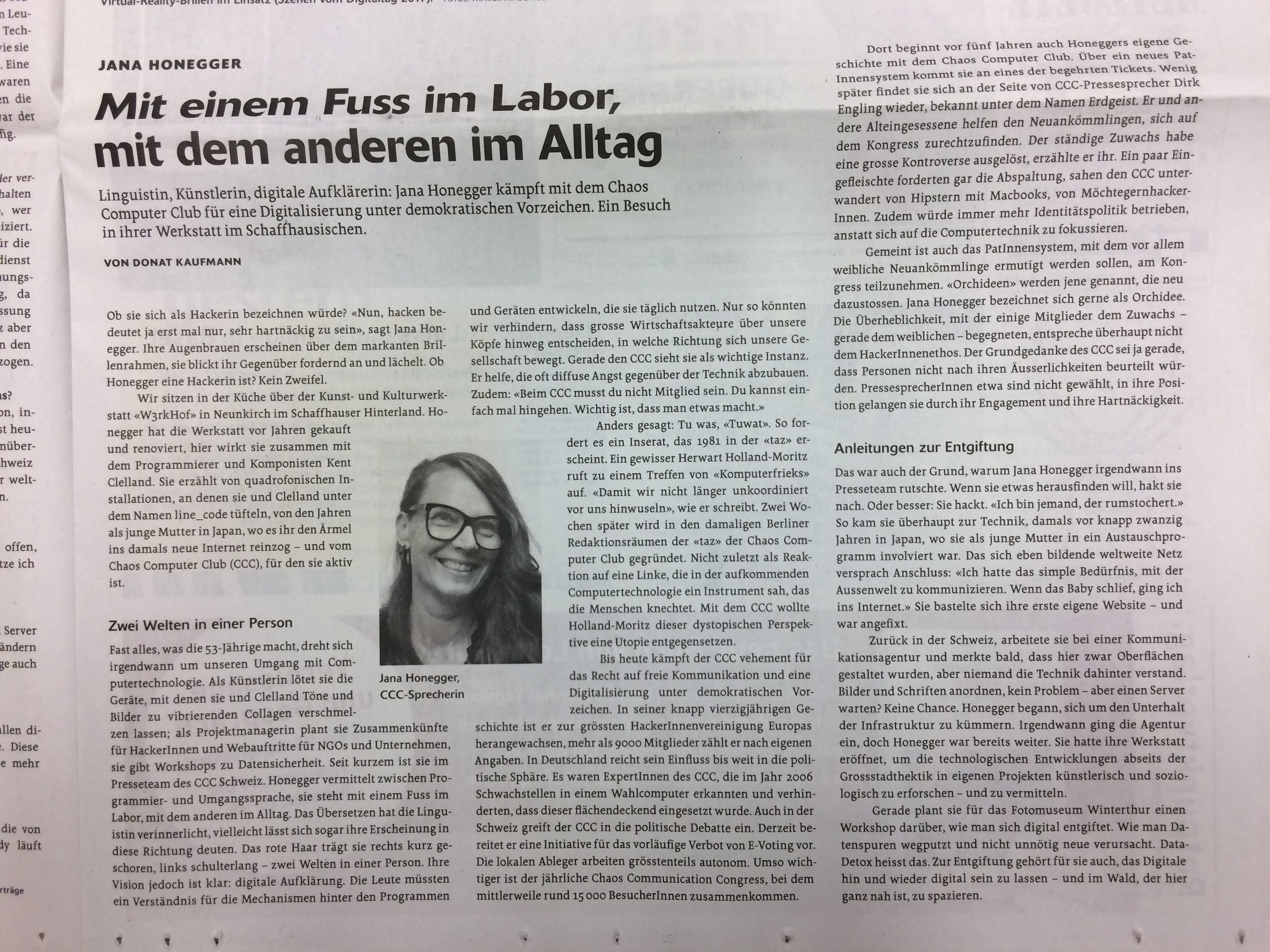 jana° in the WOZ weekly

The activist and part time journalist Donat Kaufmann, known for his “Mir langets”(I’m fed up!) campaign, called jana° to write a portrait of her digital life, as a contribution to the double pager about the Swiss Digital Tag (Swiss digital day). A celebration supposedly of all things digital in Switzerland, – however, famously organised by the largest publishing house, accepting sponsorships from all the major commercial players and ignoring or side stepping minor players like voluntary associations like CCC for example.

From digital art to workshops and digital education, he describes jana’s background in translation as her underlying philosophy, motivating her for outreach and education in digital understanding. He explains what it is like to be a female in the male dominated hacker scene and how she became a spokesperson for CCC  (Chaos Computer Club) Switzerland.