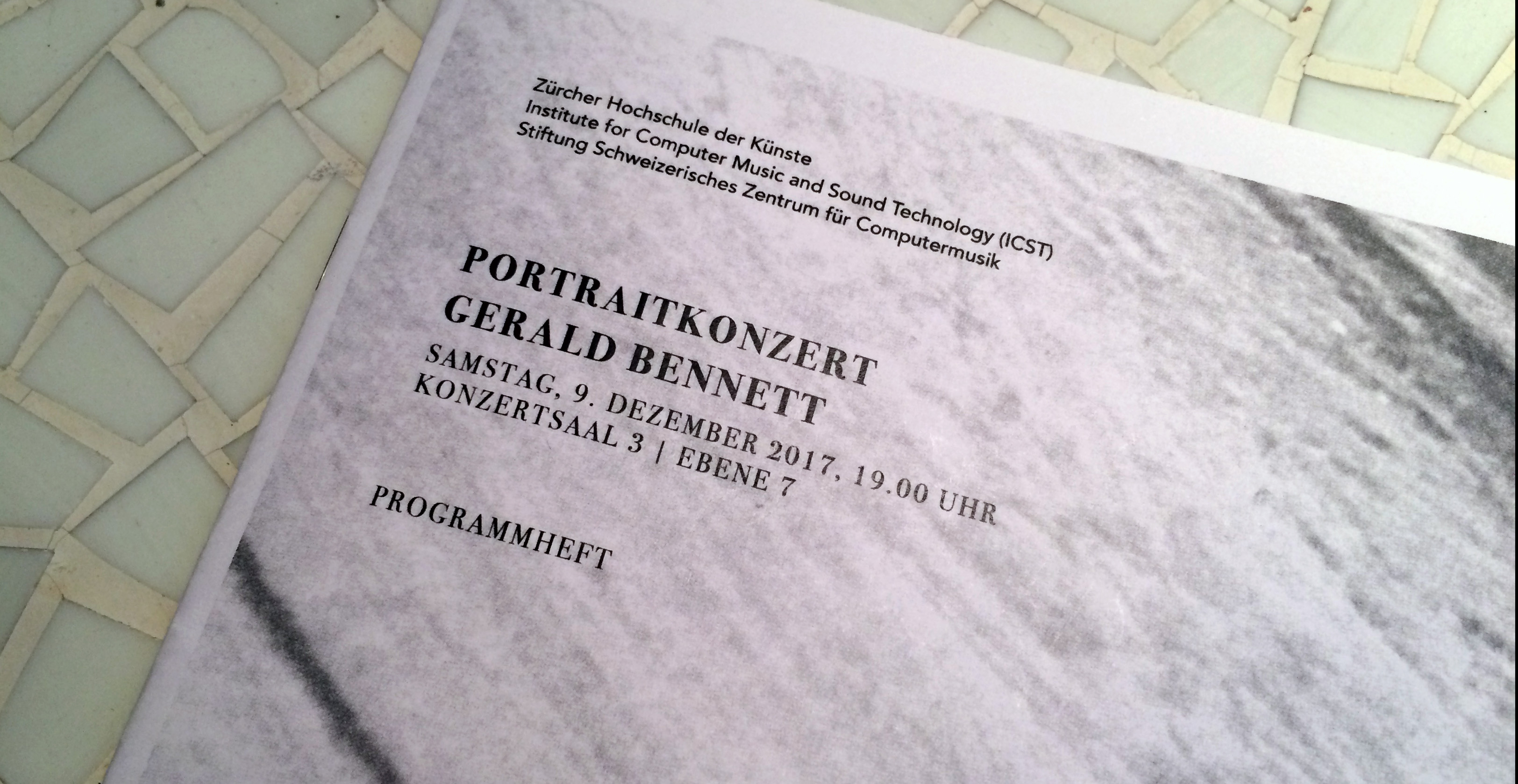 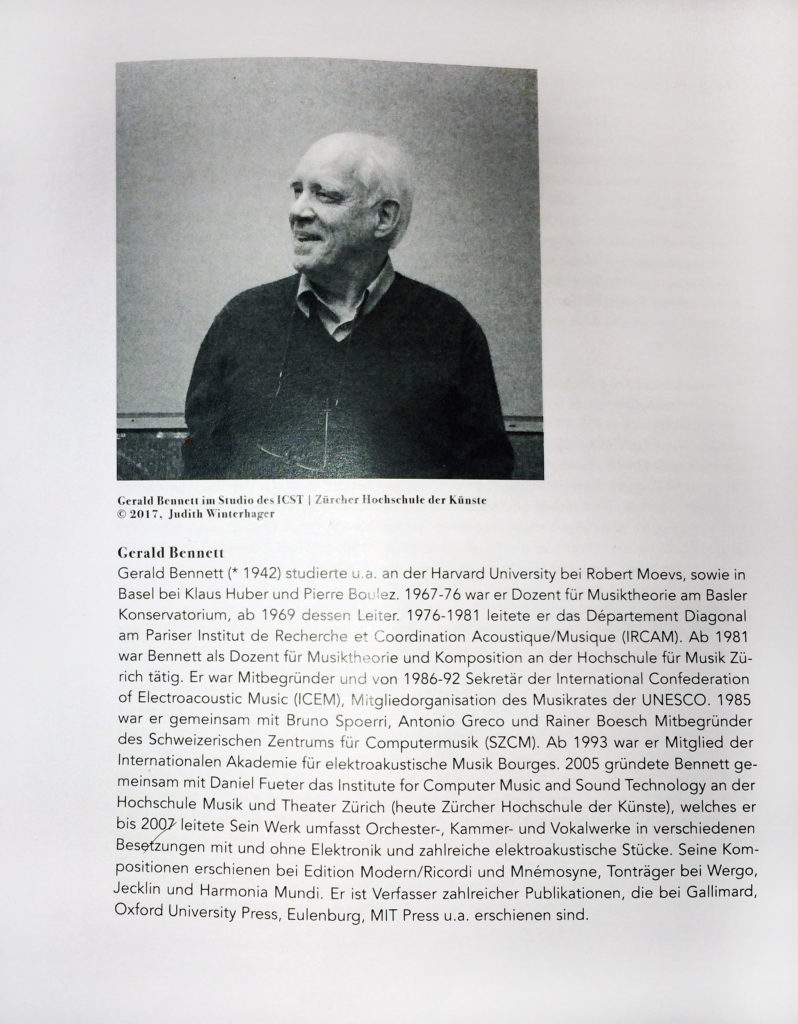 We were privileged this last Saturday to be attending a very special 75th birthday party. Gerald Bennett, composer and co-founder of several music institutions, including ICEM (International Confederation of Electroacustic Music), SZCM (Swiss Institute for Computer Music) and the ICST computer music department at the Zurich school of applied arts (ZHdK) where he was also the director until 2007. His many works include orchestral, chamber and vocal compositions in various arrangements, with or without electronics, as well as electro acoustics.

Besides the rich portrait concert of selected works ranging from 1979 – 2005, we were treated to wonderful presentations and talks given by his colleagues and friends, sharing memories and impressions of their many years of pioneering work together. Later we had the opportunity to share some soup and happy conversation with all the assembled legends of Swiss computer music, as for example Bruno Spörri and his partner Dorine Abegg.

We feel privileged to have shared time with these computer music pioneers and hope to be acceptable torch bearers.