The DaDa World Fair ist part sponsored by Calarts, and Kent Clelland gets a nod from his alma mater who co-sponsored the events:

San Francisco Celebrates the Centennial of Dadaism with a World Fair

Through Nov. 13, the city of San Francisco presents the Dada World Fair, celebrating 100 years of the artistic and literary movement Dadaism. Art installations, performances, film screenings, lectures and panels explore the multiple dimensions of an art movement that defied description in its day and that left an indelible influence on the world of art, pop culture and beyond.

Closing the ceremony at 8 pm on Nov. 13 is Dada Divas, an interdisciplinary performance and research project based on the creative works, ideas and lives of important female artists who were among the originators of the Dada movement—including Emmy Hennings, Mina Loy, Elsa von Freytag-Loringhoven and Hannah Höch. 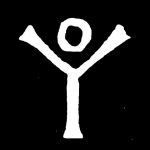